THE INSPIRING STORY OF ADW MILK

Milk has run through Arran Williams veins since he was a young boy. Growing up in the 1980’s with a milkman for a father, there was nothing he loved more than getting up in the early mornings to go out on the rounds and help his dad deliver. He was incredibly proud of his dad, a pioneer in his area, who was the first milkman to operate a diesel milk float in Staffordshire and who built up a very successful round. And so, when it came time for his dad to retire, it was Arran who got first refusal on taking the round on. But Arran said no! The time wasn’t right, he wanted to try other things first.

But the call of the milk proved too strong, and in 2004 he went back to his roots and took a milk round on, as an employee for a big national player. Whilst glad to be back doing what he loved, Arran quickly found the company’s focus all wrong, with profit first and customer service second and this just did not sit well at all. So, in 2007 he took the leap and decided to start up by himself.

In hist first week he had only 14 customers! He knew to succeed he would need to put in the graft and spread the word. In the first month 14 grew to 80, with neighbours and satisfied customers all referring him, not only as the guy who was environmentally friendly with reusable glass deliveries, but who could be relied upon to go the extra mile and help folk he was delivering to who needed an odd job doing here and there. Always with a smile on his face, always putting the customer first. In fact, one was so impressed at his energy, and preparedness to go above and beyond, she described him as not being a milk man but instead a milk ninja, a description which has stuck.

By 2018/19, it was a steady business, still just Arran, but by making good use of social media, and continued word of mouth, he had built up a clientele of 300+ customers. And then a defining moment came along when the BBC reshowed Blue Planet II and Sir David Attenborough outlined the damage plastics were causing to the environment. Overnight, Arran’s business changed for ever. All of a sudden people around the world were thinking about what they could do to behave both differently and more responsibly. And their attention turned to their shopping habits and the difference it could make if they consumed their daily milk from reusable glass milk bottles.  In the next 6 months, Arran took on 1000 additional clients! At times he was going 3 days straight with no sleep to get through all the work. The business was well and truly growing now with additional staff and vehicles. And then Coronavirus hits and there’s a further surge in demand as people realise the friendly milkman can keep them supplied with staples when it isn’t so safe being out anymore.

By now Arran was spending as much time on admin as he was on delivering and he needed a system to help him. He had heard great things about the Dairydata software system Paragon, from Delivery Software Ltd. A system for milkmen and women, conceived and developed by milkmen themselves. Having met the team and being impressed both by their industry insight and their personable approach, he committed to investing in the solution. 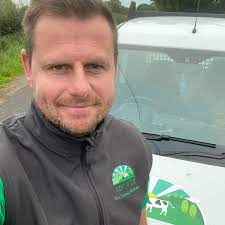 Arran takes up the story.
“For a number of years, I ran my business on spreadsheets, and whilst it did a job for me, it was incredibly labour intensive. By now I had my own purpose built dairy, 2000+ customers and 6 vans so I needed a system that was going to make a real difference. Once I implemented Paragon, the time savings were phenomenal.

Since putting the system in, I have got my quality of life back, and saved on the costs of an estimated 2 members of staff I would have had to employ to cope with all the work, if I hadn’t had Paragon. I can now devote my energies to looking at growing, to building up my network of artisan food suppliers and to keeping my social media followers updated on all the exciting things going on in the business and our community.

I can wholeheartedly recommend the Delivery Software suite of products to any milk delivery business wanting to save time and money.“